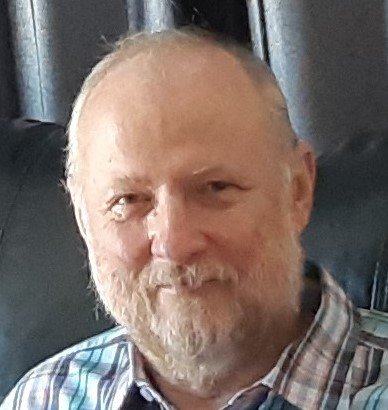 After completing his National Diploma as Engineer in Chemistry and Chemical Engineering (MSc) in 1981 at the INSCIR (Institute of Industrial Chemistry of Rouen), Eric Gard specializes in Tribology in ISMCM, and after a few years began as a teacher in solid lubrication for IFP (French Petroleum Institute). In the 90’s he obtains the title of Professor “chargé de conferences” in ENSPM (Ecole Nationale des Pétroles et Moteurs).

2- Specialization in tribology and solid lubricants.

In his position of Europe Technical Director of Acheson Group, he is developing new applications for the solid lubrication in several industrial sectors, such as aeronautical and automotive industry.

He is also developing new process leading to relevant productivity and quality improvements.

Then, appointed as Director of Operations Acheson France in 1990, he is responsible for the transfer of the activity of France in Alsace, where he builds a new plant, optimizing the industrial network of the operations.

During this time, Eric Gard receives a major marketing training institute by the British Marketing and financial training by the European Management Center in Brussels.

4- Generating innovation in the grinding of graphite

In 1992, Eric Gard leaves Acheson to build a new Company in Lyon, dedicated to innovative lubricants, setting up a new factory focused on lubrication and special products. This project is realized by establishing an innovative production line of graphite milling. This innovation is based on a minimum cost process using hot air impact milling system fluidized bed, supported by grants from the Bank of Alsace as an innovative project.

5. Transfer the know-how and develop a graphite dispersion production plant.

Eric Gard sells its project in 1994 to a company named Condat to which he transfers his expertise in process engineering and special products based on solid lubricants. In this company, he is in charge of the Marketing of the graphite products range at international level and is positioned as R & D Director of the group.

6. Focussing on the innovation and expertise

In 2002, with his expert friend Jean Hirigoyen, Eric Gard creates a company , InS (Innovation, nanomaterials and Strategy) which allows him offering to the industry his experience in science and engineering, more particularly, sciences of surface, friction, tribology, corrosion, science of materials. His customers are mainly in the aerospace, energy, oil, Automotive, Nuclear and OEMs. In 2005, Jean Hirigoyen being brought to develop other high technologies, leaves InS, remaining as an important Hi-Tech business partner.

Since, InS got more and more specialized in R&D, trouble shooting, benchmarking services, expertise and training, and remains one of the best multi-science experts for R&D complex programs, failure diagnosis and solution building. During this period, Eric Gard, author of numbers of patents, is acting as lecturer at INSA Lyon on surface treatment technologies and solid lubricants.

Eric Gard also led InS to be an important member of a European FP7 program, related to new nano-materials technologies, allowing lubrication performance outstanding improvement. InS was also a member of the European Cluster Techtera, developing innovating textile for aeronautical industry. Many other InS projects were financed by National French Research support organization OSEO such as “Nanoduct” and “Hephaistos”

From the international success of the InS scientific service concept, Eric Gard decides end of 2008 to extend his activities in Asia Pacific, setting up the company InS Thai Ltd, with laboratories, in the Thai French Innovation institute located in the King Mongkut University of Technology North Bangkok under a MOU agreement.

After having transmitted his companies to an important Group, Eric Gard decides to offer his expertise in innovative projects, to international hi-tech industry, by building the company Tecnovia Ltd, acting in Thailand as a consultant and expert sourcer for technology integration, disruptive technology coaching and innovation development programs. For having an expert relay in France, he builds simultaneously the company P&E Services, located in Lyon.

As P&E Services in France, Eric GARD concentrates on specific and strategic material sourcing management and opens this activity to Hi-Tech production and lab equipment.

Since 2018, his activities have also been mainly focussing to the Hydrogen Carrying chemicals, acting as a technology expert advisor of the company Electriq-Global (Israel).